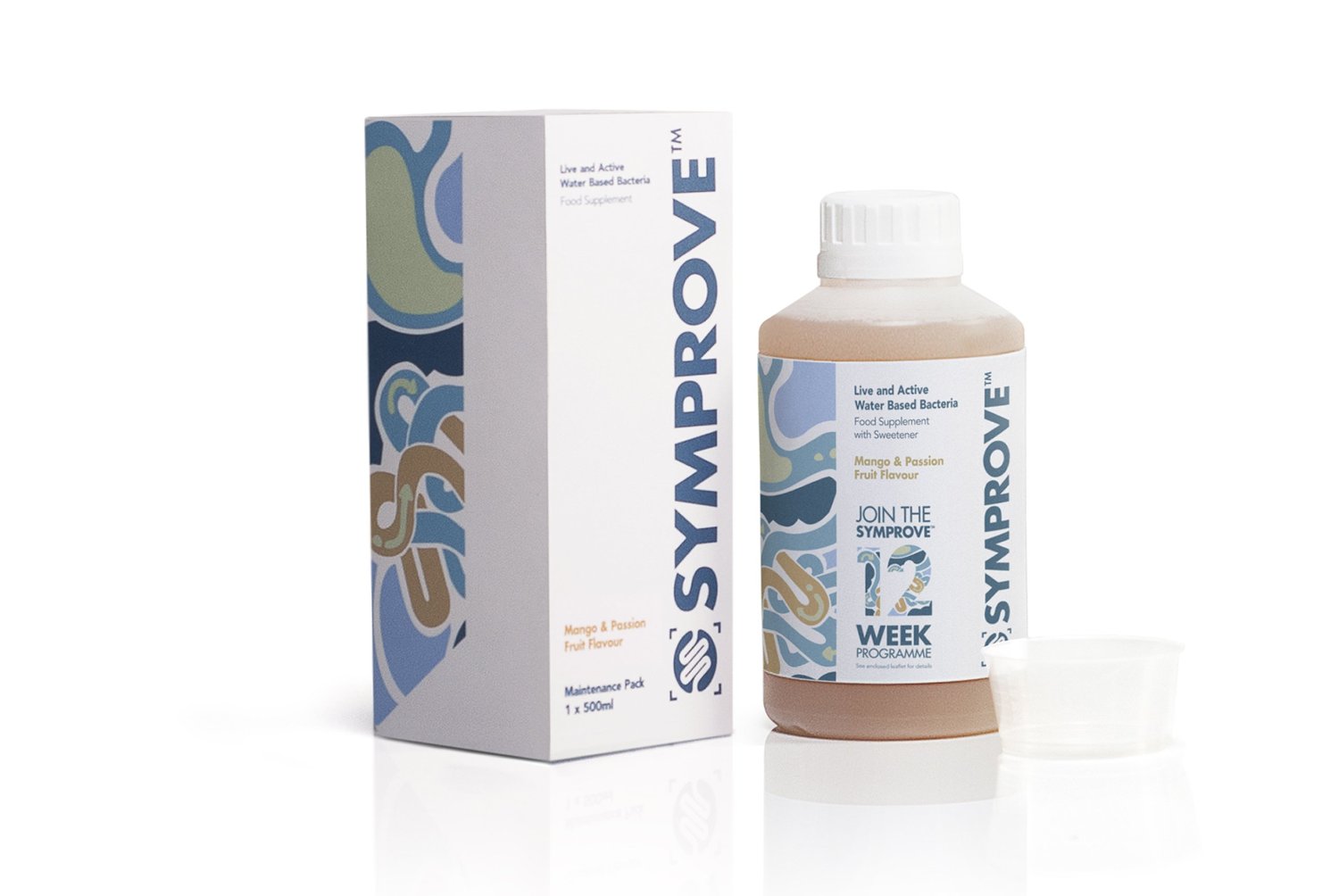 A ‘Gut Instinct’ For Good Health

Have you considered the impact of your gut on your health? There has been much research lately into the bacteria in the stomach being the key to good health, affecting everything from heart disease, obesity and of course colitis and IBS.

It’s thought over twelve million people in the UK suffer with IBS (irritable bowel syndrome) and approx. three hundred thousand people suffer with IBD (inflammatory bowel disease). These digestive disorders are often hugely debilitating and can really impact the quality of daily life for many sufferers.


I met Barry Smith at the Farnham headquarters of Symprove, who produce a unique, multi strain liquid probiotic that has been proven to help manage the symptoms of IBS following a clinical trial that was run at King’s College, London. Barry Smith trained as a Military Nurse in the Royal Army Medical Corps, and first aid instructor before moving into farming, market gardening and livestock. Twenty years later becoming the largest sweetcorn growers in the UK, delivering to every major UK market in the country and working with livestock, this is what initially led Barry into the idea of a high quality clean feed for animals – from this clean feed of germinated grain, using a bacterial cocktail to pickle them, the vets that Barry worked with saw the success of the feed on the livestock’s health and the Symprove idea was born. The process has been repeatedly refined and perfected creating an exact replicable product for human use.

I asked Barry “Why are we all so depleted in good bacteria”?

“Since 1941 half the western world’s microbiome has been lost because of the use of antibiotics (we have overused this amazing resource), the use of caesarean births, through sterile living and work environments, poor eating habits and a sedate lifestyle”.

Barry believes that if you can put a little back it will start to redress the balance.

It seems we are largely aware of the importance of probiotic supplements and there are many different brands available on the high street but, is this the most effective way to try and repopulate the gut bacteria? One concern is that the stomach acids could hamper any attempts to allow the bacteria to pass through and survive. Barry believes the stomach will ‘manage’ most bacteria so that it doesn’t pass though so, we need to ‘trick’ the stomach.

Barry uses the phrase Arrive, Survive, Thrive, and says the bacteria must ‘arrive’ in the right number, ideally active – it then has to ‘survive’ the PH of the stomach, then it can thrive in the intestine. Being one of the only non-dairy, liquid formulations on the market, Symprove is different to other products. It uses a water delivery system so it doesn’t trigger digestion so it can bypass the stomach and get directly into the intestines quickly, where it gets to work. So what about safety and quality control in dealing with live bacteria? Symprove feel the purity is hugely important to them and the medics who are working on this technology. Symprove complete their process then they send it out to an independent lab who verify that it’s the exact strains of bacteria specified with zero contanimants and the right PH and its rejected if it doesn’t pass the criteria.

The feedback from clients, is what drives Symprove on a daily basis, they receive testimonials, and reviews daily, regular tear-jerkers and the passion they hear from customers about the change they have experienced to the digestive issues by using Symprove cannot be underestimated.

I was hugely impressed when I went to visit the Symprove HQ, this company are passionate about creating a product that really works, they have some amazing testimonials and a great customer service team because they know customers often need to discuss their symptoms.

Rebalancing gut bacteria is not a quick fix though, independent research shows it can take some time, which is why Symprove introduced their 12 week programme. You can buy it in various health food stores or online.