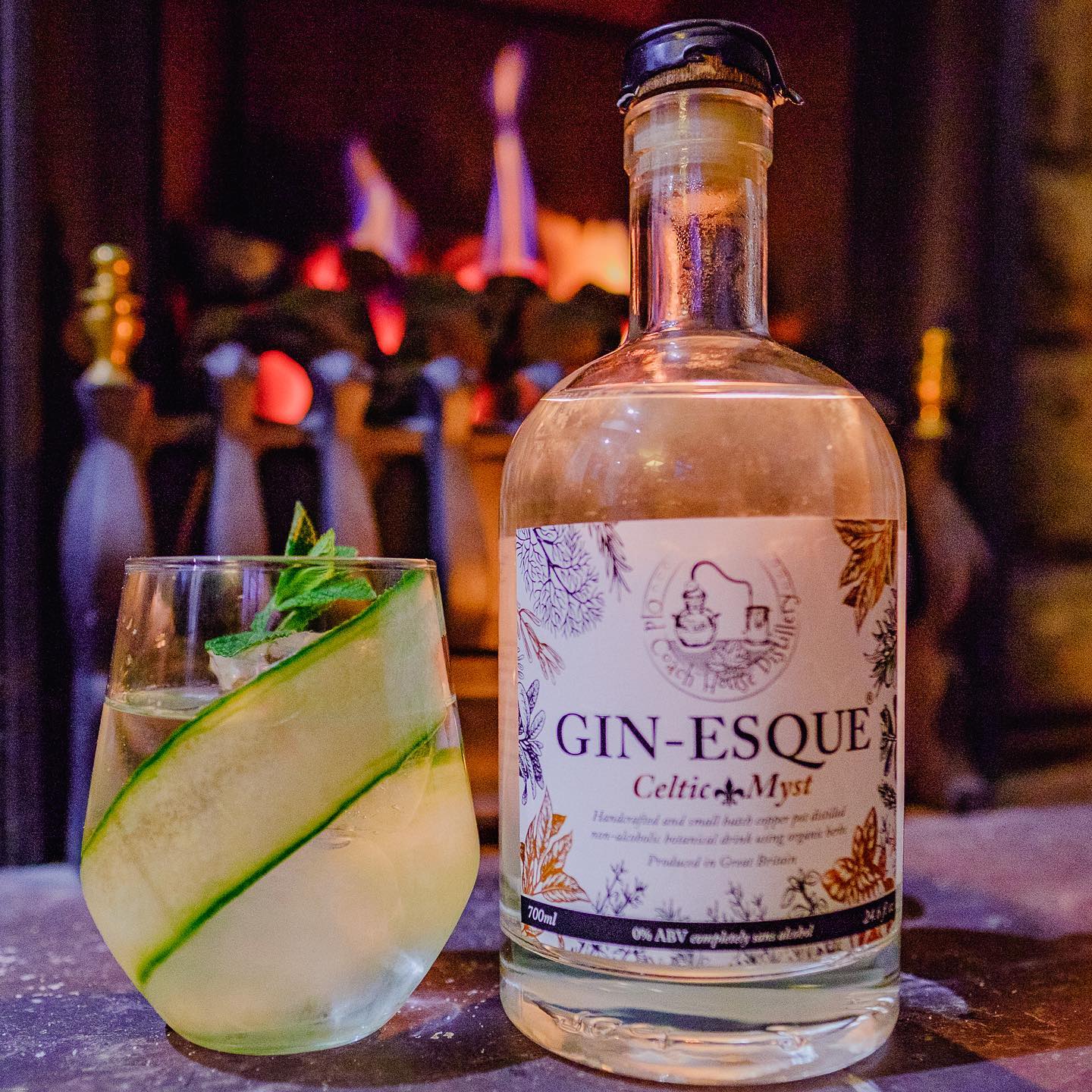 If you want the perfect gift for a teetotaler or GIN lover, or perhaps you just want to enjoy a gin drinking experience without the alcohol…. GIN-ESQUE® is for you! 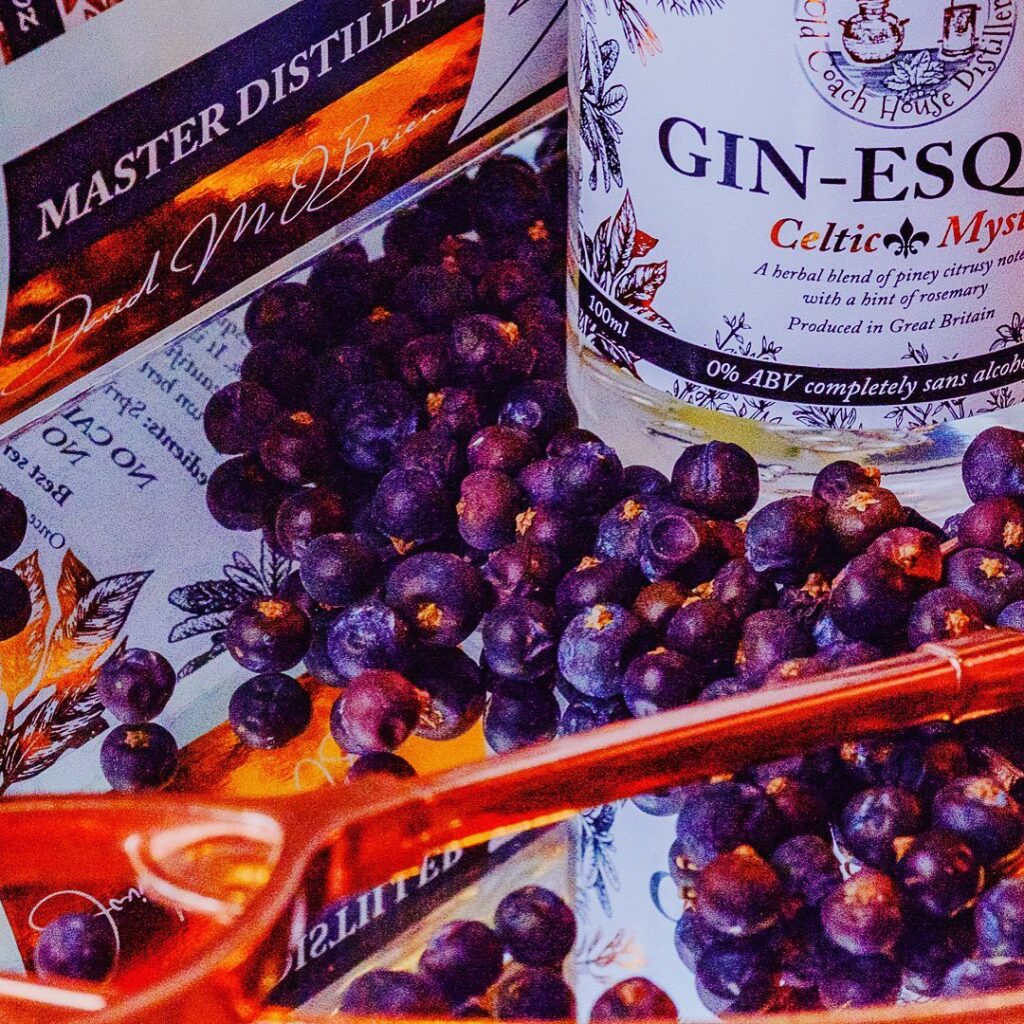 GIN-ESQUE® comes in two variants Silk Roots and Celtic Myst, both blends are pure without added flavours, sugar, sweeteners, colours, and both are calorie free.

Created by two passionate scientists with over 40 years combined experience of working with botanicals, GIN-ESQUE® looks like, tastes like, and is made like traditional gin but with a process that does not utilise alcohol at any stage of crafting. Taste the true essence of the botanicals with nothing added… and nothing taken away. 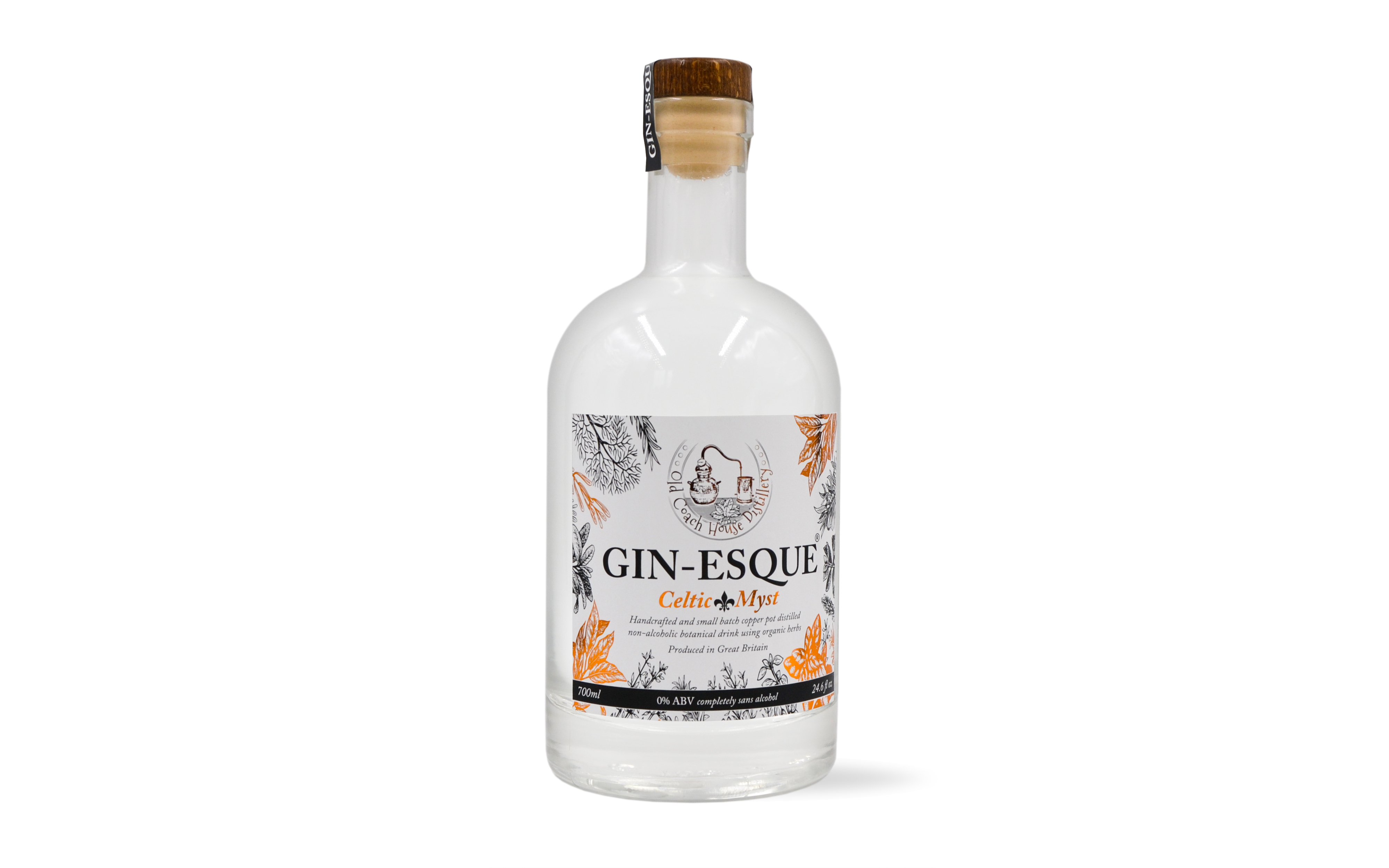 Celtic Myst is a blend of piney citrusy notes with a hint of rosemary.

The Celtic Nations are lands in Western Europe where Celtic cultural traits have survived. From Scotland (Alba) in the far north they span in a south westerly direction encompassing Ireland (Éire), Wales (Cymru), the Isle of Man (Mannin), Cornwall (Kernow) in South West England, Brittany (Breizh) in North west France, before sweeping over the Iberian Peninsula to Northern Portugal (Gallaecia) and regions in Northern Spain such as Galicia, Asturias, Léon and Cantabria. The Celts were a migratory people who came out of Asia Minor before establishing distinctive cultures on the fringes of Western Europe. Each culture had their own identity and harnessed the natural world in many mysterious ways.

They were knowledgeable in the sciences. Chemical arts such as the process of distillation were learned from the many cultural interactions as they spread out across Asia Minor through the Persian and Arabian lands and into Western Europe. Overtime the Celts finetuned their own distillation methods giving rise to the uisque beatha associated with Scotland, Ireland and Wales and the eau de vie and Orujo synonymous with Brittany and Galicia respectively. These spirits have their origins in the locally grown botanicals primarily selected for their known healing properties. Medicinal herbs such as Juniper berries were used to condition stills used to make uisque beatha in Scotland while in Ireland the history of spirit making is known for unusual and wild yet native botanicals being foraged to make both Whiskeys and Gins. In Iberia cultural variations of the Orujo have led to the Aguardiente de Hierbas de Galicia which embodies herbs such as rosemary, coriander, orange and cinnamon, all redistilled after maceration in the Orujo base.

Celtic Myst is a journey through the Celtic Nations picking up such botanical notes traditionally used to express the water of life. 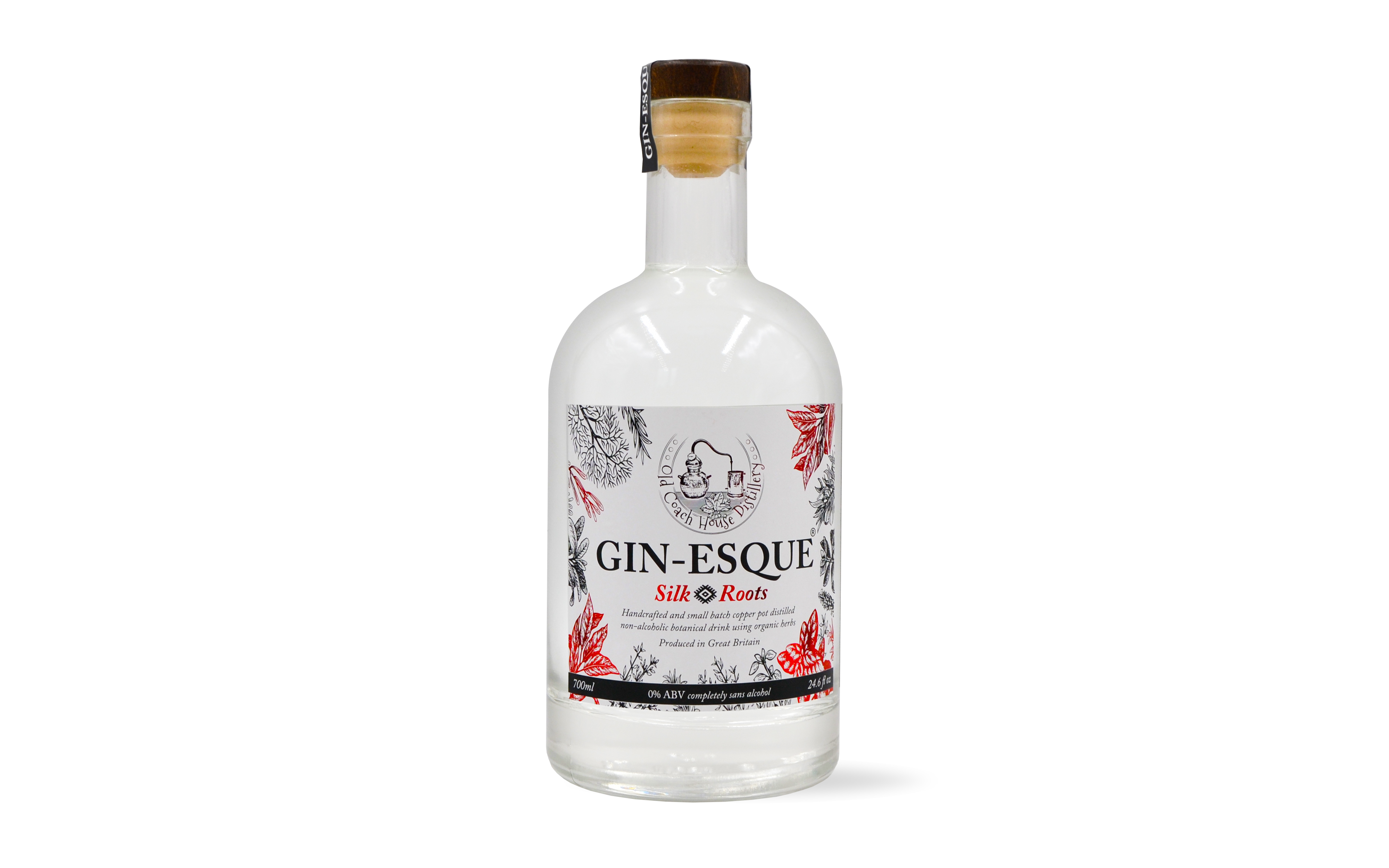 Silk Roots is a spicy aromatic warm blend of clove and cardamom with a hint of citrus and cinnamon notes.

Silk Roots takes its inspiration from the Silk Route or the Silk Roads, an ancient network of trade paths that interconnected Eastern with Western culture. Stretching for over 5000 miles from China, through Asia, the Middle East and into Europe it has 2000 years of glorious history behind it. Silk was originally the primary trade commodity as a strong demand for Chinese silk developed in the Western civilisations whilst horses, fabrics and Roman ceramics were traded with China.

As time went on the West began to desire other commodities such as precious metals, jewellery and spices including herbal medicines. It was through this trade that ancient Chinese herbs such as Rhubarb root began to make an appearance in Europe through the merchants of Venice. As the Silk Route passed through what is now Korea other locally used herbs such as ginseng reached Western cultures and many prized herbs and spices from the shores of India such as Cardamom, Cumin, Turmeric, Liquorice and Ginger began to appear in Europe. Local indigenous knowledge about how to use these herbs in foods and medicines made its way across the Silk Route. As the trade paths crossed the Persian Empire the art of distillation using the copper alembic still, already an established practice in the Arab world, was introduced to the Europeans through trade around the Mediterranean. The Egyptians were early users of the alembic in the Mediterranean region for making essences and balsams from a variety of traded herbs and spices. A reference to the first historical record of a copper alembic used by Egypt’s Cleopatra in the 2nd Century BC is recorded in a manuscript located in the Biblioteca Nazionale Marciana in Venice.

Silk Roots is a celebration of the legacy left by the herbs and spice trade along the Silk Route.

Click here to win a gift pack of Celtic Myst and Silk Roots!

A 6 video tutorial by mixologist Sonny, taking you through some fabulous alcohol free versions of some classic cocktails.

Includes shopping list, and links to the Sober Clubs recommendations for the best AF spirits – all details here>> 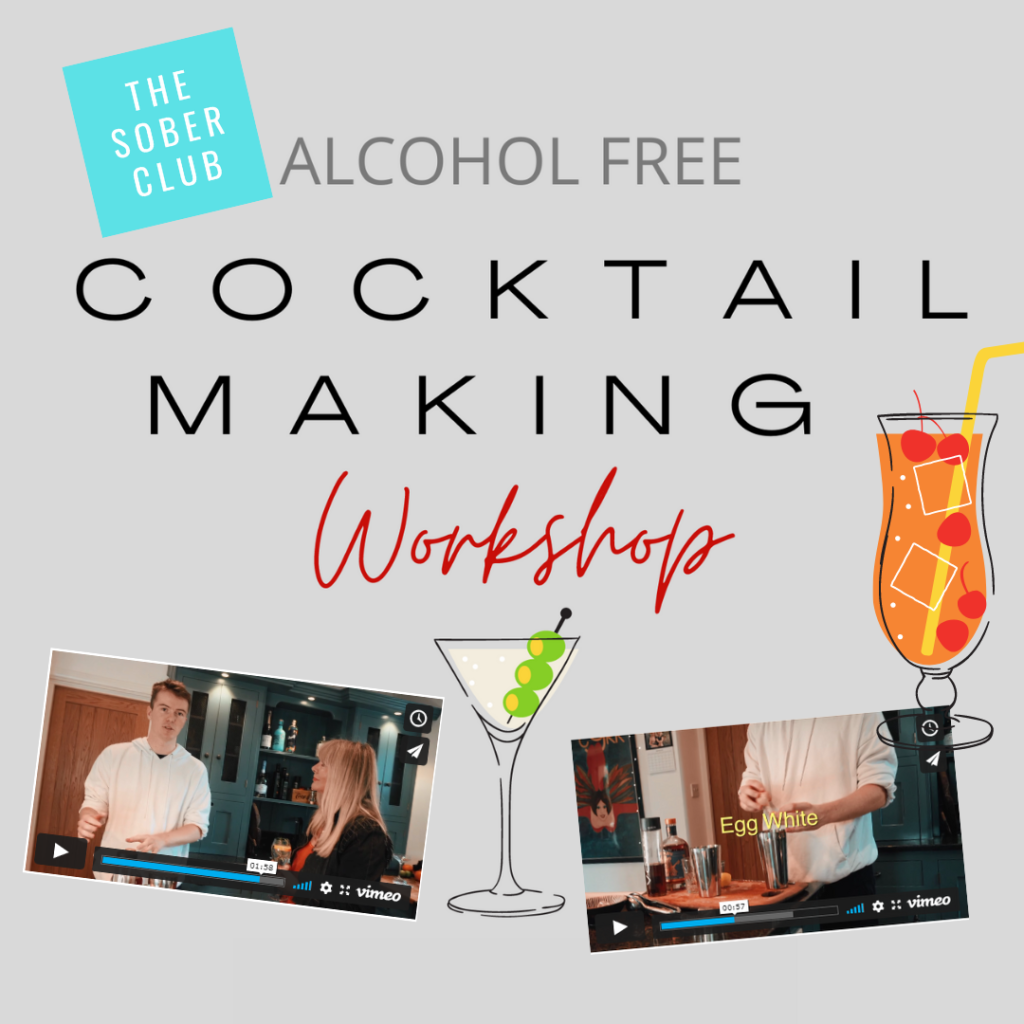