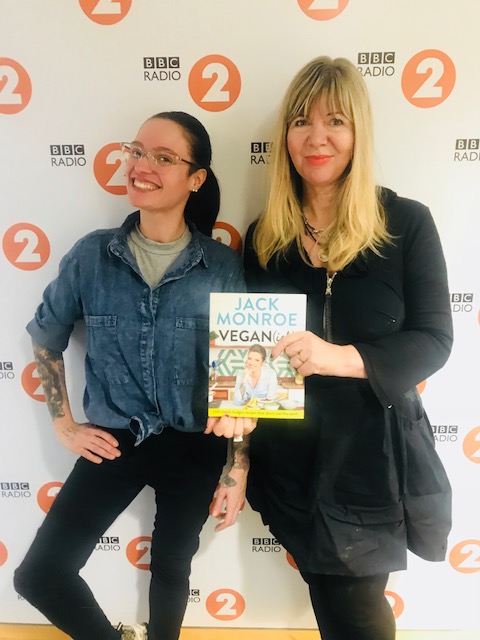 It was lovely meeting Jack Monroe recently, better known as ‘A girl called Jack’, she is an award winning food writer and bestselling author. She has authored a number of recipe books and works with several charities and food banks, always campaigning and encouraging people to cook and eat well on a low income, she campaigns against the causes of poverty and austerity in Britain and abroad.

Her new book is especially on trend as it supports a plant based diet, but as always with Jack she makes sure its very do-able and relatable. Her title is Vegan(ish), thereby giving people the permission to do the best they can. With my ‘Imperfectly Natural’ hat on, you can probably guess that I prefer this approach to hard and fast rules that may be good in terms of sustainability (recyclable packing, vegan ingredients) but don’t always tick the health box.

Some processed vegan meals contain a ridiculous amount of sugar or ‘chemical’ fillers and you really won’t be doing your health any favours.  I did Veganuary, it was super easy, but I did make real food, despite being sent some  ‘vegan’ versions of everyday staples such as vegan mayonnaise, stocks and snack bars, along with vegan ready meals, vegan cheese and ‘pretend’ bacon, I found it so much easier to start from scratch so that I knew what was going into the food.

I’m just back from my Sobriety Rocks weekend in Suffolk at Inner Guidance, where the food is ‘gourmet’ vegan, by that I mean proper clean eating, meals you recognise, but incredibly high quality and absolutely divine!  See below for my snap of the amazing ‘healthy’ cake made with ceremonial grade cacao, pumpkin and flaxseed ‘flour’ and coconut oil (for details of the next Sobriety Rocks retreat go to www.thesoberclub.com) 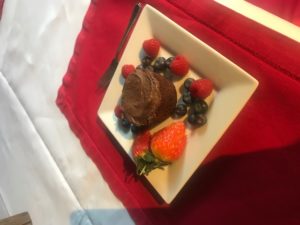 ‘Choosing a vegan diet is a privilege. But some of the poorest diets in the world are vegan….A diet dictated by poverty is not a choice. A diet lacking in meat and dairy products for wont of the finances, resources and availability of them, is not the same as having access to these products and choosing not to use them. My theory is, if all of us adopted a few more plant-based meals into our diets on a weekly basis, not only would our food bills go down, but so would our environmental impact’

She has a really helpful list of stats at the beginning of the book that make us all feel that this is possible and worthwhile. As she says ‘you don’t have to be vegan every day, but each day you are you save, on average one animal, forty pounds of grain, eleven hundred gallons of water, and thirty square feet of forest’ – That all adds up to huge change!

The recipes she has put together are delicious and creative, but simple too, she has a whole chapter on sandwiches! Jack shows that you can create plant based versions of your usual favourites, so there is ‘beef’ wellington, chicken soup (made not with chicken but the aptly named ‘jackfruit’), and there are some yummy desserts too, from Bakewell tart to chocolate flapjacks.

Vegan (ish) by Jack Monroe is published by Bluebird Books.