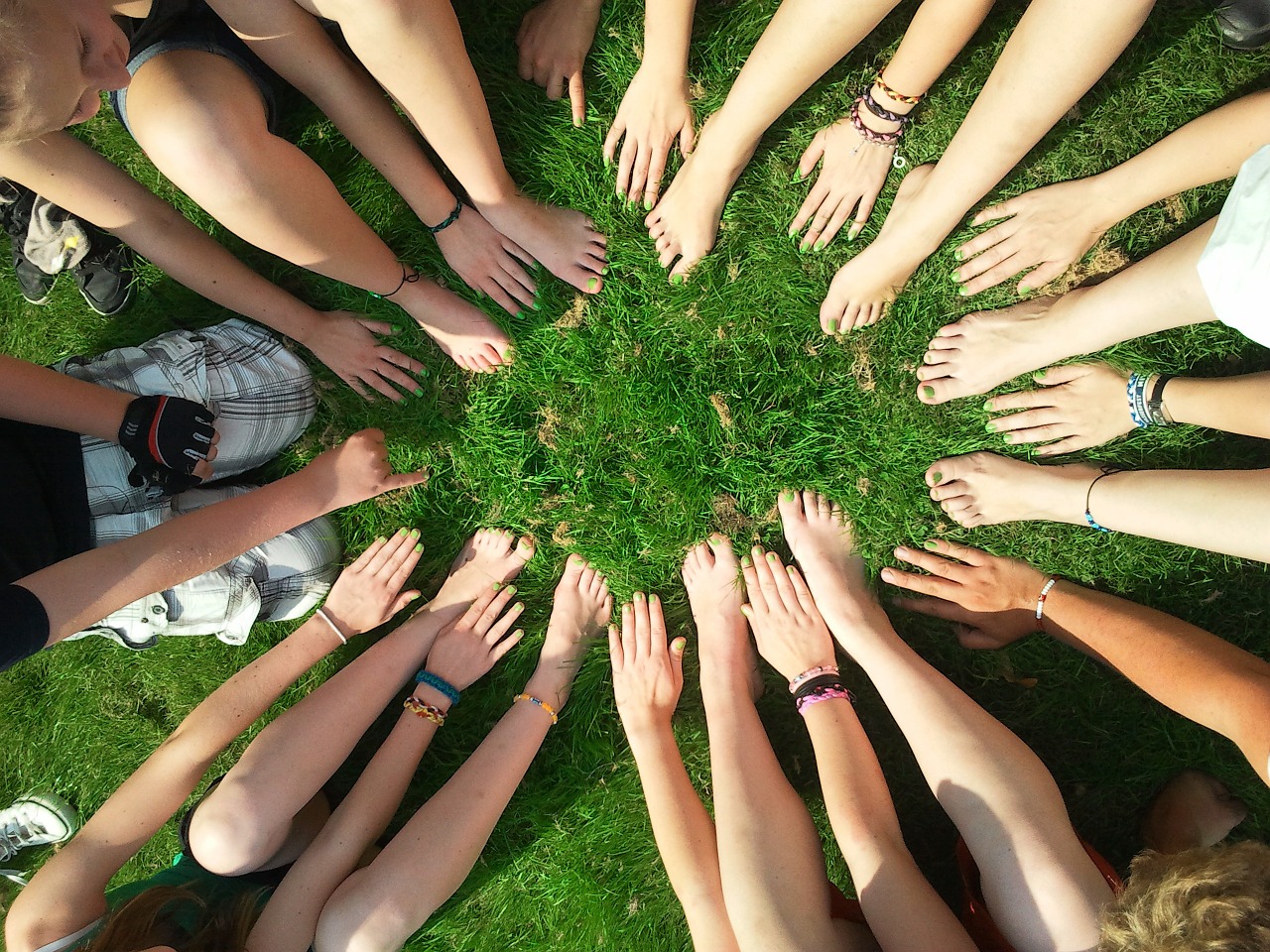 How important is community to you?

With the rise an rise of social media the word community has taken on a different meaning for many people, we could be mistaken for thinking sometimes that our ‘thousands’ of facebook / Instagram or twitter friends and followers make up our ‘community’ and the word community or tribe is also of course used to describe those people who are fans of your work and your brand if you have one.
Call me old fashioned but I still believe in the importance of an actual ‘community’ – the importance of taking pride in where you live and having connections with neighbours and those around you. Public Health England is just one organisation who tell us how valuable communities are in improving health and wellbeing.
Recent research from Slater and Gordon Lawyers  as part of the campaign #MyCommunityAndMe shows that our perception of the local community definitely affect our decision when buying a house.

I remember when we first moved to a house in a Hertfordshire suburb, we loved the house but knew literally no-one other than the estate agent who had sold it to us. Tentatively we knocked on our next door neighbour’s door and introduced ourselves and were delighted to find them friendly! It was November and so a few weeks later we took the (bold) decision of inviting the whole street in for drinks and mince pies. It could have been disastrous, but fortunately it was wonderful and we made some firm friends. When a few years later we had our children, it felt even more important that there would be others ‘looking out for them’ and on occasion I remember a neighbour coming and sitting with our child when I was working and my husband was ill. I really do think having good relationship with your neighbours is important. It makes for a sense of safety and security.

Research shows that fifty per cent of people in the UK don’t know their neighbours and rarely get involved in their communities, living a long way from their place of work and socialising with friends near their work rather than near their home (39% do not engage in any social activities in their neighbourhood). Add that to the fact that a huge percentage of people spend copious amounts of time socialising ‘virtually’ on social media. But how ‘social’ is that really and what is the impact?
Recently an initiative called Open Door Sunday  was launched to encourage us to bring the community spirit back by enjoying a meal with our neighbours. The survey found that York communities were the friendliest as 42% have a neighbour they could call for help if they lost a key, compared to 32% in Wolverhampton

It seems fewer than five per cent of us know the names of people living in the same road, with women less knowledgeable than men, worryingly we are losing the community spirit with a percentage of those people questioned saying that they went out of their way to avoid speaking with a neighbour. Everyone who took the trouble to connect with a neighbour found the experience ‘scary’ at first but very worthwhile. Another survey recently involved 2,000 members of the British public who were polled to explore their attitude towards their communities. Some of the most interesting findings were that 75% of people polled said they like living in their areas, with 50% revealing they like their local areas ‘a lot’. When asked what is your MOST favourite thing about your local area?’

When asked what they would most like to change, unsurprisingly results included affordable housing, more facilities, recreational activities and a great sense of community spirit. Almost seventy per cent of people polled revealed they consider the local community to be important when deciding where to live, with 18% stated it is ‘very important’. Feeling a sense of pride in their community rated highly too, with 61 per cent of people saying they felt proud, and 62 per cent saying they felt a sense of belonging to their neighbourhood.
So if a sense of pride in your community, a sense of belonging is important, who is responsible for making it so? I’d suggest that as with so many things it comes to looking to yourself to make the change. If within your community if there doesn’t feel like there is much ‘pride and spirit’ perhaps you may need to be the one who initiates change, who volunteers, leads a campaign or harnesses local charities organisations or businesses to fund a community project. In her  book The Power of Eight, Lynne McTaggart,  an expert on the science of spirituality, suggests exercises and practices to help us heal our own world and our relationships and include our workplace, our neighbourhood and community. She reveals her remarkable findings from 10 years of experiments designed to discover how group intention can heal our lives – and change the world for the better.   When individuals in a group focus their intention together on a single target, a powerful collective dynamic emerges that can heal long-standing conditions, mend fractured relationships, lower violence and even rekindle life purpose. But the greatest discovery of McTaggart’s experiments is that group intention has a mirror effect, not only transforming the recipient but also reflecting back on the senders. She suggests we can form small groups of eight from within our churches, community centres, PTFA’s sports clubs, even with those we meet at the local supermarket or pub!

So whether you are searching for your dream home, looking for a ‘stop-gap’ rental or are already firmly ensconced in your abode, take a moment to look around at your community and ask what could you do that would encourage others to want to live there, to want to be engaged and committed to local projects.?

I checked out the definition of ‘community’