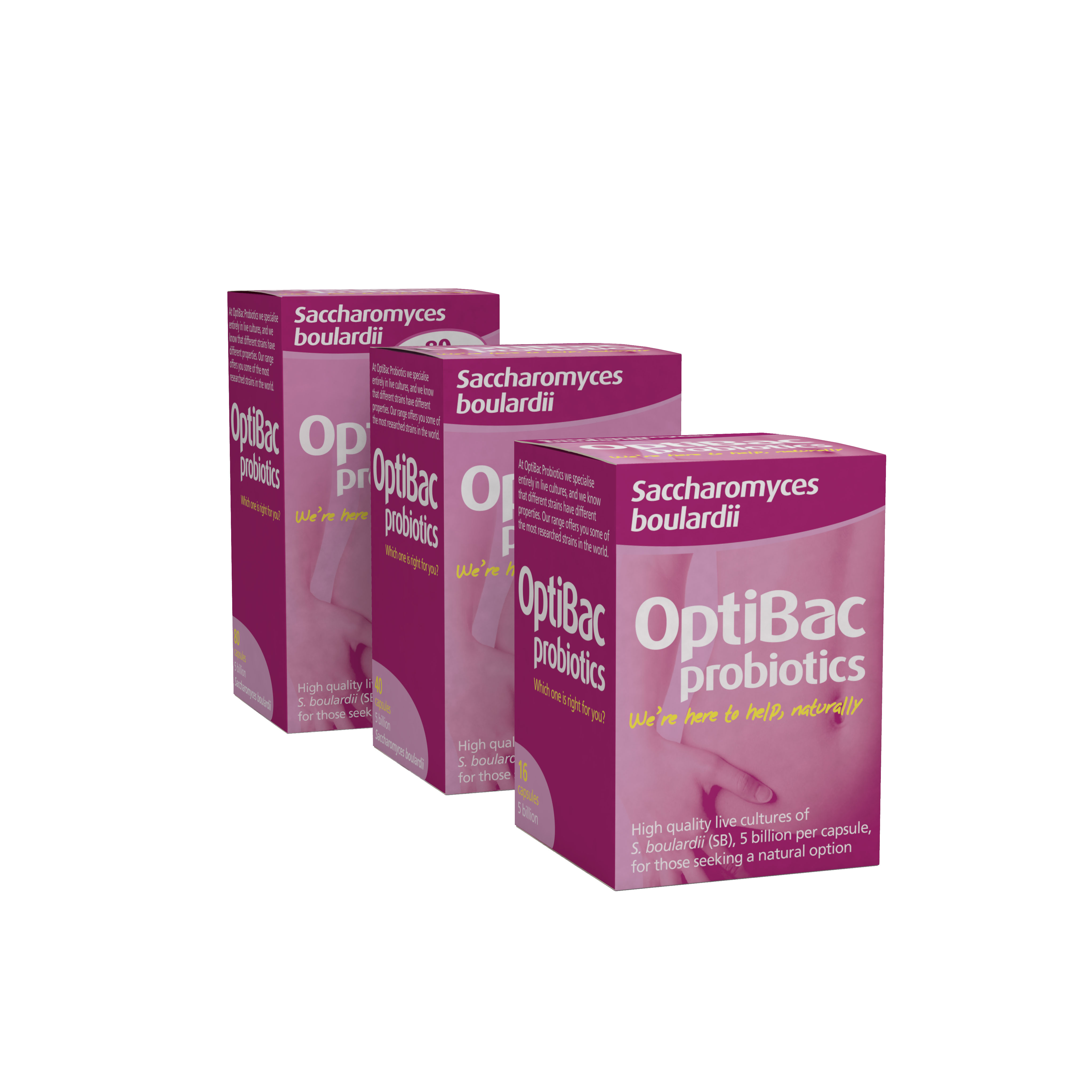 Candida overgrowth is a complex and often life-altering condition that affects many people in varying degrees of severity. This post outlines basic information about the condition and discusses how, and in particular which, probiotics could benefit those with intestinal and systemic Candida overgrowth.

Probiotics are microorganisms deemed beneficial to human health, and are thought to provide essential gut support in those with Candida overgrowth.

What is Candida?
Candida is a genus of yeast containing many different species, several of which are harmless to human health and can be found naturally within our gastrointestinal (GI) tract. However, some species such as Candida albicans can cause digestive complaints and wider symptoms, if given the opportunity to overgrow.

Candida overgrowth is a yeast infection, most commonly caused by C. albicans, which can result in oral or vaginal thrush, disruption of the GI tract and multiple systemic conditions. Medically, candida infections are referred to as candidiasis. They can affect people of any age, including infants, who typically suffer from oral thrush or nappy rash as a result.

How does Candida overgrowth occur?
An imbalance of beneficial (probiotic) and pathogenic bacteria in the gut, is known as dysbiosis.  Dysbiosis can trigger C. albicans to thrive and over-populate the gut. This imbalance of probiotics & pathogens in the gut can be caused by various factors such as antibiotic treatment, poor diet, oral contraceptives and stress.

Symptoms of Candida overgrowth can include:
• Bloating and/or Flatulence
• Diarrhoea and/or constipation
• Re-current thrush
• Lethargy and debilitating fatigue

Systemic Candida overgrowth
Systemic Candida overgrowth can occur when C. albicans adheres to the gut wall lining and is able to penetrate into the bloodstream through its mycelium, the root-like part of the fungus. The C. albicans spreads throughout the circulatory system and restricts important immune responses such as the production of T-lymphocytes – the main search-and-destroy cells of the immune system. The penetration into the bloodstream can cause leaky gut syndrome or gut permeability which can overwhelm the immune system as it tries to cope with destroying the invading yeast, as well as dealing with the undigested and unrecognisable food particles that also enter the bloodstream.

Systemic Candida overgrowth can cause much wider symptoms including; skin conditions, oral thrush, lowered immunity, and in more serious cases, where the yeast has invaded deeper into the tissues of the body, symptoms such as sinus congestion, brain fog and mental confusion, muscle pain and debilitating fatigue can ensue.

How can Probiotics help?

We recommend two probiotics as part of a programme designed to support gut health and help restore a natural balance of C. albicans in the body.

Saccharomyces boulardii Probiotic
Saccharomyces boulardii is an internationally acclaimed probiotic in the treatment of diarrhoea, IBS, IBD and Candida overgrowth.  Although S. boulardii is a yeast itself, studies have shown it to reduce the levels of C. albicans in the body, by up to 90%.  It does this through various methods. Firstly, being a friendly yeast it has the ability to seek out the same binding sites on the intestinal wall lining as C. albicans and effectively “crowd” it out, more effectively and directly than probiotic bacteria can.

Secondly, S. boulardii produces and excretes capric, caprylic and caproic acids as well as other beneficial compounds. These compounds have been shown to actually kill C. albicans cells, as well as inhibit its ability to adhere to the intestinal lining and prevent biofilm formation.

Thirdly, further studies have also shown that S. boulardii may decrease C. albicans in the liver, spleen and kidneys in systemic conditions as well as reduce inflammation.   The UK company OptiBac Probiotics do pure Saccharomyces boulardii – available in 80 capsule packs for intensive therapy.

What is ‘die off’?
When trying to eradicate Candida overgrowth from the body, it is common to experience a side effect known as ‘die off’. This occurs when Candida albicans are destroyed and begin to breakdown in the body, releasing up to 70 different toxins into the bloodstream. This can cause existing Candida overgrowth symptoms to appear to worsen in the short term. It may be possible to experience ‘die off’ when taking S. boulardii probiotics, for this reason it’s best to build the dosage gradually. It is commonly recommended to take a liver support such as milk thistle when at risk of experiencing ‘die off’ in order to aid efficient toxin breakdown.

Other Probiotics
It is important to note that S. boulardii is a transient probiotic – meaning it does not take up residency within the gut. As S. boulardii eradicates C. albicans from the body it is vital to take another, bacteria-based probiotic that will replenish your resident gut flora and re-colonise the space the C. albicans once occupied. This will prevent Candida overgrowth from re-occurring and will re-enforce the mucosal lining of the gut – a vital part of the immune defences.  ‘For every day EXTRA Strength’  by OptiBac Probiotics contains extensively researched probiotic strains including L. acidophilus NCFM® – the world’s most researched strain of L. acidophilus. These strains have been shown to exert various health benefits including the ability to inhibit pathogens, stimulate specific immune responses, protect against inflammatory conditions and help reduce the incidence and severity of intestinal Candida overgrowth.

For daily wellbeing EXTRA Strength provides 20 billion live probiotic microorganisms per capsule, guaranteed until expiry.  This is a premium daily probiotic, and is suitable for vegans & vegetarians.

Taking probiotics to support gut health is thought to be essential for those with Candida overgrowth.  A combination of Saccharomyces boulardii with lactic acid bacteria probiotics (such as a high quality strain of acidophilus) could be the best option.  It is always best to consult your healthcare practitioner, and advisable to follow a ‘Candida diet’ alongside any Candida treatment.

By OptiBac Probiotics and Jo Dunbar, author of  ‘How to Cope Successfully with Candida’

To find out more, visit www.optibacprobiotics.co.uk