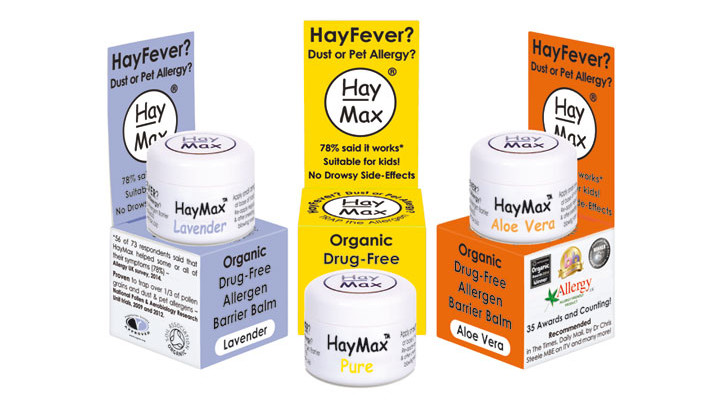 Seeking hayfever relief? It could be closer to home than you might think.

Its that time of year again when you hay fever sufferers start sneezing, sniffling and generally having a miserable time!  This year, according to HAYMAX,  if you are sensitive to grass pollen,  the problem could be a lot worse.  We’ve had a really wet spring and that has made the grass grow, and now the sun is out and everyone is able to cut their grass, the pollen is suddenly let loose! 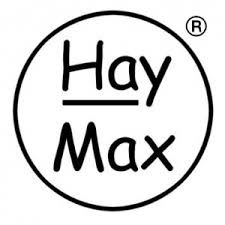 I asked Rachel Brown from www.haymax.biz for her tips on how to reduce pollen in our own gardens.

When considering what to do for hay fever, have you thought of doing something that could help with your allergy on your doorstep?

By following a few simple rules to create a low allergy garden you could reduce the amount of pollen you are exposed to on a daily basis. Hopefully this will limit your suffering from hayfever (allergy to pollen) and give you some relief.

How? Well, one of the first rules is that female plant varieties are best. Male species are usually the pollen creators, so don’t plant them. Plant female varieties instead which not only don’t produce pollen but may mop up some of the pollen produced elsewhere in the garden.

So how do you tell the male from the female when it comes to plants? Often the seedless or fruitless items in your garden centre will be male and will happily produce lots of pollen, so avoiding seedless and fruitless plant varieties is probably a good start.

You can even get female grass now which produces less pollen and also doesn’t need mowing as often. Great news for hayfever sufferers, as most people who get hay fever are allergic to grass pollen. Some people are also allergic to tree pollen and weed pollen.

It makes sense to limit the amount of airborne pollen in your garden. You will always be subject to exposure from pollen from neighbours and beyond, but doing what you can in your own garden should help.

When creating your low allergy garden for hayfever, or your very own home made ‘hayfever cure’, bear in mind that planting fruiting shrubs and trees can have the added benefit of attracting birds into your garden. Although they will often eat the fruit before you get to it they will also eat insects around your garden. This is helpful because insect dander is also bad for allergies.

Another good move is to go for double flowers, which often have petals instead of pollen. Double headed chrysanthemums are good and there are many others. You can now get lots of pollen free varieties. Planting these in your low allergy garden to help with hayfever is a good move.

The next thing on your list should be disease resistance. Along with disease comes many types of spores and allergens that make your life a misery if you suffer from allergies. Getting disease resistant varieties should help to reduce the amount of allergens flying around your garden.

Keep out the uninvited! Gate crashing weeds will often turn into big pollen producers so keeping the weeds down should help keep the sneezing down too.

Some people advise growing plants and trees that are used to you climate. The principle here is that if they aren’t growing well, they are likely to get diseased and produce mildews and moulds that attract insects. More spores and more insects mean more hay fever. So if a plant’s not looking healthy it’s best to remove it.

It is almost certainly better to avoid using chemicals and pesticides as it has been claimed that exposure to these can often trigger allergic reactions in people who previously had no allergies.

Pollen is out in force in the mornings and evenings so it’s best not to do your gardening at these times. If you are going to grow plants that produce lots of pollen then keep them away from the house if possible. If not, at least don’t put them near windows that get opened, doorways or high traffic parts of your garden.

A simple rule to follow is that females are fine, and males are menaces. (We have heard that this rule doesn’t only apply to plants!) The male versions of plants, shrubs and trees produce the pollen. Avoiding them will help.

So to fully reap the benefits of your ‘hayfever cure’ low allergy garden, favour the female varieties, dig in the double flowers and disease resistant varieties, and plant the pollen free.  Keep out the chemicals, weeds and non-native. Hopefully if you follow these rules you will start to sneeze a lot less and will be able to see your garden and fully appreciate it as your eyes will be less sore.

Finally, before you go out into the garden put on some HayMax™ pollen barrier balm to trap the pollen before it gets into your body. Less pollen, less sneezing.