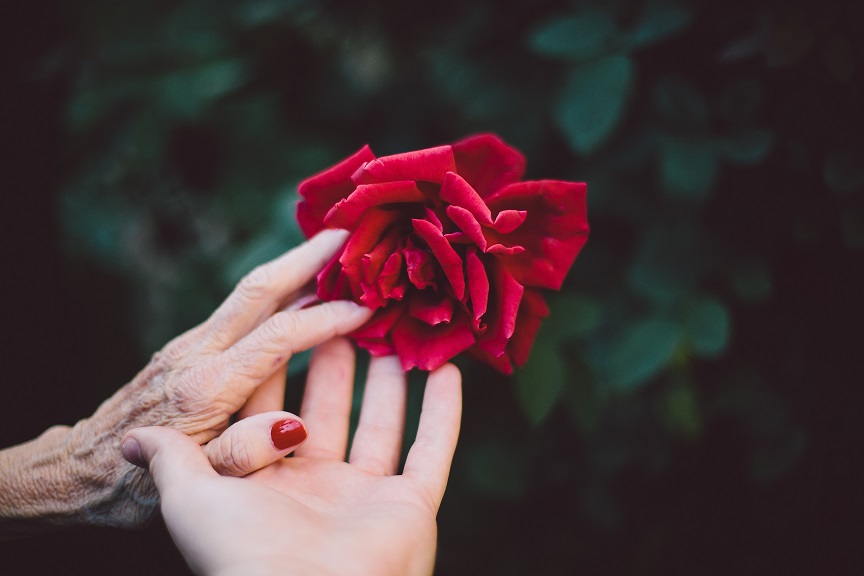 Do you remember when we used to say the average life-span was ‘three score and ten’ i.e. 70, most of us would feel very short-changed if we knew we wouldn’t be getting to our eighties at least, and now it’s official, life expectancy is increasing, and by 2030 many will live into their nineties, and experts believe that eventually some people could survive until they are 120 years old due to medical advances.

I remember reading the ground-breaking book ‘Healthy at 100’ by John Robbins, and it was remarkable that as he travelled the world visiting various indigenous tribes he found many people who were very old (sometimes unsure of their own birthdate) and yet they were in great health, physically and mentally, they were happy, alert and in most cases even had their own teeth and good eyesight, but of course it’s extremely rare to reach 100 in Europe.

The report was done by Imperial College London who looked at life expectancy in thirty five developed countries. The study’s author Majid Ezzati predicted that women in South Korea could reach 91, due to investments in health care in the country, but in Serbia the lifespan is only likely to reach 73.

What’s really interesting about the study is that it found the US will have one of the lowest rates in the western world by 2030 due to obesity, and relatively high child and maternal mortality rates. In the UK girls born in 2030 could live to 86 and boys to 83. France has the highest life expectancy in Europe at 89.

The big issue is that we are living longer than ever before, but in what state of health? For many of us, that extended life will be spent fighting diseases and living with pain and suffering. Ageing is the biggest risk factor for the major diseases facing society today, including cancer, heart disease, stroke and dementia. To help us to enjoy our longer lives, we need to tackle age-related diseases.

Can we prevent age related illnesses and extend our healthy life span? A charity called The Healthy Life Foundation has been set up to fund age-related research and to support scientific and medical research targeted at preventing degenerative disease and extending both human health span and life span, and thus improving quality of life nationally and globally. Katherine Swift with her mother and sister

The founding members of the charity are Debbie Dowie, founder of Boot Out Breast Cancer – Debbie decided to set up the charity in 2010 after she was diagnosed with breast cancer, and Katherine Swift whose background is in media sponsorship, sports event management & fundraising. When her mother was diagnosed with Breast Cancer she felt compelled to get involved in the fight against cancer. When she was introduced to the inspirational and ground breaking research of Professor Michael Lisanti, this eventually led to her founding The Healthy Life Foundation.

When Katherine’s mum was diagnosed, she set about trying to ascertain which foods were highest in antioxidants. She discovered the benefits of green tea and specifically Matcha tea, but found that not all the brands were high quality.

To that end she became the founder of OMGTEA Ltd which promotes and retails high quality organic Matcha green tea supported by research. As well as dedicating her time pro-bono to running the charity, Katherine has also pledged a percentage of the profits of OMGTea to the charity. It’s been super exciting recently that research from the University of Chichester has discovered that OMGTeas’s Organic Matcha boosts fat burning during exercise in healthy females, with no adverse physiological effects such as raised heart rate or blood pressure. Matcha green tea contains one of the highest concentrations of polyphenols and antioxidants called ‘catechins’ in any commercially-grown food. EGCg, L-Theanine and natural caffeine are the active ingredient that delivers the weight loss and potential sports performance benefits.

Professor Michael Lisanti who initiated the research is Chair of the Healthy Life Foundation Scientific Advisory Board.  He has been an active research scientist for more than three decades with a broad background in cell biology and genetics, he is currently listed amongst the Top 100 Most-Cited Researchers in Biochemistry and Biology.

The charity has several high profile ambassadors and they aim to fund research programmers in a whole range of disease related areas.