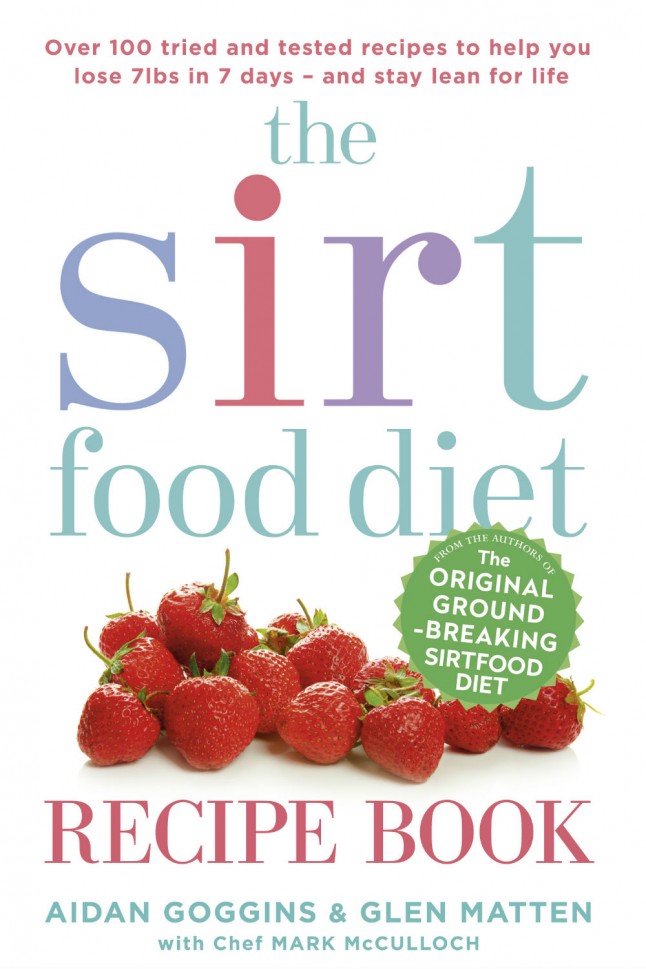 Every newspaper and magazine is featuring them, most of us have tried at least three during our lifetime and it’s highly likely we are about to start another, I’m talking about diets of course, and the sad reality is most of them, despite being a relatively miserable experience don’t actually work, of course if you eat only cabbage soup, go on a semi fast and reduce calories it’s likely you will lose a few pounds but it’s also likely that you will put them back on again, and more.

The answer lies in real food and aiming to be super healthy rather than merely to lose weight and The Sirtfood Diet does just that. Created by two of the countries leading experts in the field of nutritional medicine Adam Goggins and Glen Matten, it claims to help you lose 7 pounds in 7 days, and yet in their trial, participants on the diet didn’t feel hungry at all!  They felt an increased sense of vitality and wellbeing and their weight loss was entirely from fat, rather than losing muscle. You will be wondering what sirtfoods are – I didn’t know either, but it seems they are mostly everyday plant foods known as sirtuin activators, which are said to switch on the so called ‘skinny gene’ pathways in our bodies – the same way as the Five – Two diet does,  namely burning fat, increasing muscle and improving health – but without needing to fast. Some are foods you’d guess, such as kale, chilli, walnuts, red onions, parsley, extra virgin olive oil, but there’s also some surprises such as cocoa, strawberries and even tea and coffee. Of course it’s not just as simple as adding a few of these in with your pie and chips, they suggest a stage one intensive 7 day programme designed to kick start weight loss, and then stage two is a nutritionally complete ‘follow on’ eating plan designed for sustained weight loss and improved health. The recipes look yummy, ideas such as chilli stir fried greens, Asian king prawn stir fry and buckwheat noodles and kidney bean mole with baked potato, so there’s no excuse not to give it a try.

The Sirtfood diet by Adam Goggins and Glen Matten.