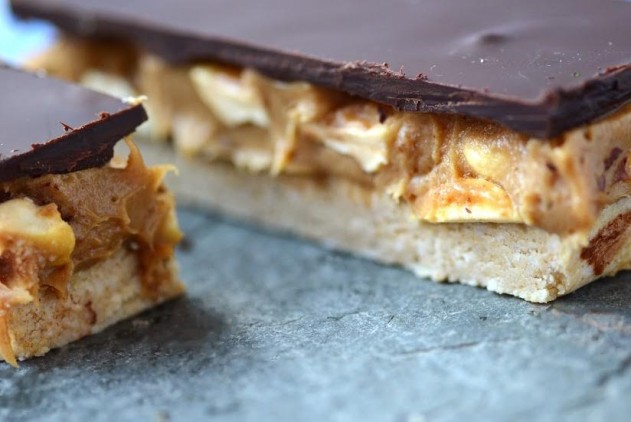 In addition to being incredibly tasty, raw (that means no-baking involved) desserts are also becoming some of the healthiest and most planet-friendly options for when you’re feeling your sweet tooth cravings!

Raw desserts often feature a short list of whole, unprocessed ingredients like nuts, seeds and dried fruit. Today I’m going to share with you an amazing recipe for Autumn Toffee Apple Slices from the brilliant Raw Food Chef, Deborah Durrant. This is a raw version of the classic caramel or toffee slice. It just took me one look at the deliciously mouth-watering photo to entice me to make it immediately! Several of the ingredients cab be bought directly from Tiana fair Trade Organics, my favourite coconutty company

TOFFEE APPLE SLICES: Crumbly shortbread, rich toffee balanced with apples and dark chocolate. This will be a recipe you’ll want to come back to time and time again.

For the biscuit base:

For the apple layer:

A good pinch of sea salt

For the chocolate layer: