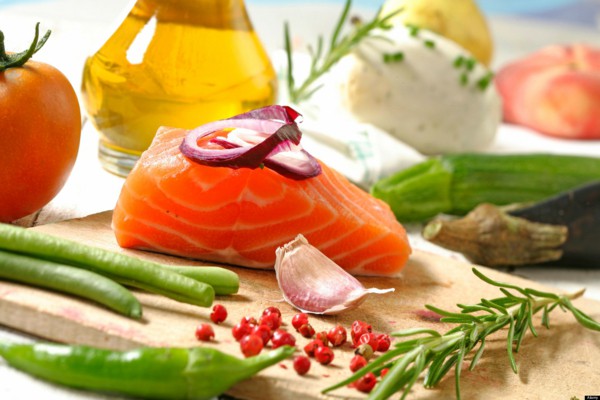 Could the humble herb be the answer to longevity?

It was all across the tabloids recently that Acciaroli a small village in Italy’s Campania region has no less than 300 inhabitants who have all made it to 100 and healthy. Researchers from the San Diego School of Medicine were amazed to discover so many people in peak physical and mental condition and put it down to their lifestyle, particularly their extensive use the of the herb Rosemary.

Experts are convinced a combination of the Mediterranean diet, daily exercise and extensive use of the herb Rosemary has been responsible for extending lives with lower rates of heart disease and Alzheimer’s. Almost two decades beyond the national average in Italy which is 83. Worryingly the latest official figures for the UK show a boy could expect to live to 79.1 and a girl to 82.8 years old.

I’d like to wager that Rosemary plays a part in the Italian people’s longevity but it’s a cameo role only, without doubt for these people their excellent diet along with the fact they have good quality water, and regularly walk long distances uphill will be the key players, and I’d suggest too that their sense of community and happiness are a contributory factor.

We can all learn a lot from the studies done on the Mediterranean diet, it consists of importantly ‘real’ food which is fish, small amounts of meat, fruits and veg, good quality cold pressed olive oil, fresh nuts and seeds and herbs and spices (the locals infuse just about everything with Rosemary) which is a good source of vitamins and minerals). It also has antioxidant and anti-inflammatory properties so could be beneficial to boost the immune system, improve circulation and alleviate muscle pain.

The researchers are hoping that studying their lifestyle will help to unlock some of the secrets of ageing and importantly ageing well. I loved the book ‘Healthy at 100’ by John Robbins, he travelled extensively and met many different cultures, in many cases the people he met were aged between 85 and 105 (some were unsure of their age!), but importantly they were healthy, happy, active and revered in their family, community or tribe. He was amazed to find that most had fully functioning eyesight, their own teeth and no discernible ailments, they still walked long distances and joined in with family occasions, when they did die often it was just deemed their ‘time; and they died peacefully, with no ill health. Interestingly his research found no one specific diet was held in common, on his travels he encountered people who ate mostly meat and fish, those who ate mostly raw, vegan plant based diets, the one thing that was noticeable across them all was that they all ate what was indigenous to their locality, they ate only seasonal local ‘real’ food, nothing processed.  It’s a revolutionary book showing us that we could all increase our lifespan, and enjoy wisdom vitality and happiness into old age. John believes that loneliness has more impact on lifespan than other known vices such as smoking, he says there is clearly a strong beneficial power to love and connection.

So the much praised Rosemary and many other herbs can indeed boost immunity but if a high percentage of the diet comes from manufactured, denatured so called ‘food’ with added fats, sugar, salt and chemicals, it doesn’t leave much hope for the body to do its finest work at repairing itself.  If someone is lonely or unhappy that’s the fastest route to malaise.

Meanwhile I look forward to sprinkling generous sprigs of Rosemary across my roast potatoes, yum!