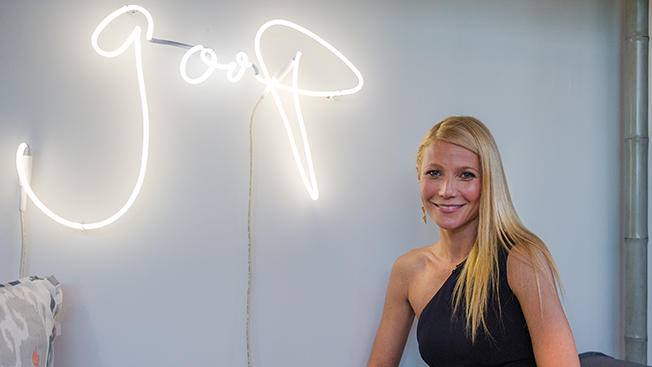 In Defence of Goop Dupe

As someone who has made it her life’s work to research ways of living more naturally and holistically, I read with interest in the Daily Mail that Gwyneth Paltrow’s lifestyle website Goop is accused of making ‘deceptive’ and ‘unsubstantiated’ health claims about some of the products they promote and sell. Authorities in the US have been advised by the organisation Truth in Advertising to investigate their marketing practices as the company doesn’t possess competent and reliable scientific evidence required by law to make the claims.

Don’t get me wrong here, I certainly don’t hang on every word Ms Paltrow utters, I find many of the ideas she purports as daft as the next person, I don’t think jade eggs are healthy or preventative against uterine problems, I find it doubtful that an eau de parfum can improve memory or treat a cold, and I’m not sure about ‘consciously uncoupling’ from a rock star husband either, but having looked at some of the allegedly deceptive health claims I think there may be a bit of a storm in a herbal teacup here.

Under fire apparently is the idea that a soap (black rose bar) is brilliant for treating eczema and acne, please tell me why that’s so damning and deceptive?

I’m not familiar with the ingredients of said bar, but I do know that conventional soaps can make skin conditions worse, and that natural soaps such as ones containing kefir for example, can have a soothing effect on inflamed skin. It seems they also claim that an ‘Aromatic Stress Treatment’ can help release anxiety and stress…well it’s well documented that our sense of smell and olfactory experience can affect our wellbeing… In an article ‘Aromatherapy: Exploring Olfaction – by Cynthia Deng’ in Yale Scientist, Cynthia says that while there are few scientific studies on physical benefits associated with aromatherapy, essential oils can definitely affect mood. She says that a study from the Mie University School of Medicine found that patients with depression needed smaller doses of antidepressant medications after citrus fragrance treatment, and another study from from the University of Vienna demonstrated that when the scent of orange oil was used in dental clinics, female patients exhibited decreased anxiety. These studies suggest that some fragrances may have a clinically quantifiable effect on mood. There seems to be a current trend of attacking anything that isn’t allegedly ‘scientifically proven’, but what about the millions of people who swear by and rely on complementary and alternative healthcare and medical practices, some of which date back many centuries. It really doesn’t matter if I can find a study for it or not, if my child falls into some nettles, I just know a dock leaf (which is usually growing nearby thanks to nature), will provide relief.

I didn’t consult a scientific journal before I partook of a Bowen Treatment when I had severe sacroiliac joint pain (the Bowen Technique is a non-invasive light touch treatment which channels energy to nerve tissues) and I don’t completely understand how it works, but I care none, I was literally ‘cured’ in one session, and have seen my 92-year-old neighbour get back on the golf course after just a few treatments despite being told he wouldn’t be able to play Golf again. It’s doubtful that many scientific and medical studies have been done to evaluate the power of prayer either, and yet praying for healing is probably one of the most widely used ‘complimentary’ practice for thousands of years.

It often comes down to following the money chain, we seem to read regularly about clinical trials that have been done to prove the benefits of blueberries in the fight with cancer, but rather than suggesting people consume them, the research is done in order to create a chemical version of the fruit to use within medication.

Of course, I don’t think it’s OK to make spurious claims in order to give false hope and sell profitable products, it’s critical that we know that anything we purchase or any treatment we try will be safe and effective, but I think as adults we should be given some credit for being able to suss out for ourselves the real deal from the snake oil. It’s incredibly difficult for small companies who make natural products to shout about the benefits, due to the ridiculously strict European regulations governing health claims.
For example, the use of the word ‘probiotic’ has been banned because consumers might assume it implies a health benefit, this is a great shame for the products that really are effective.

University College London did an investigation into whether common probiotic brands contained as many beneficial live bacteria as they claimed on the label, and whether the bacteria survived when it passed through the stomach, and flourished in the gut. The only one that passed all three challenges was Symprove, a liquid barley drink, but despite this, and their extremely satisfied customer base, many of whom have found IBS symptoms and digestive problems relieved, they are still not allowed to use the term ‘probiotic’- it has to be called a ‘food supplement’. So don’t be duped by Goop or any other clever marketing tactics aimed at relieving you of your hard earned cash, but by the same token don’t assume that just because a product has been ‘licensed’ that it will be any more effective or safe than its natural competitor.